ONC has a Community Observatory at Cambridge Bay collecting data continuously in near real-time, throughout the entire year. Types of sensors installed at Cambridge Bay include instruments that measure temperature, oxygen, salinity, sea ice thickness, underwater noise, and meteorological conditions. An underwater camera is installed to provide video of the marine environment at Cambridge Bay, and time-lapse videos from a shore camera are compiled to show seasonal changes in the Arctic. ONC partners with the local community to deliver data from a shore station at the Community and Government Services building in Cambridge Bay to the University of Victoria. Expanding ONC infrastructure to the Arctic is critical to understand the physical and bio-geochemical processes related to marine ecosystems. It is also critical to monitor environmental change in polar regions, in particular, the loss of summer sea ice, an increase in extreme weather events and changing climate regimes.

ONC partners with Fisheries and Oceans Canada to archive and deliver data from ice drifter buoys which are routinely deployed in the Arctic. Ice drifter buoys are roughly 12 cm in diameter, and 1 metre long and consist of a string of thermistors that monitor the temperature of the air above sea ice, at the sea ice surface, and embedded in the sea ice at depths of 0.5 m, 1.0 m, 1.5 m, and 2.0 m. Ice drifter data is typically transmitted at 30 minute intervals via iridium satellite, while reporting their position as they drift with the moving sea ice. Some of the many locations where ice drifters have been deployed include Darnley Bay, Davis Strait, Peel Sound, Queen Maud Gulf, and Franklin Strait.

The Canadian High Arctic Research Station (CHARS) is a research facility located at Cambridge Bay, Nunavut. Polar Knowledge Canada (POLAR), a federal organization created through the Canadian High Arctic Research Act in 2015, will operate out of the CHARS. POLAR is mandated to advance knowledge of the Canadian Arctic in order to improve economic opportunities, environmental stewardship and the quality of life of Canadians. It will improve Canada's understanding of Arctic issues, and establish a hub for scientific research in the Canadian Arctic. 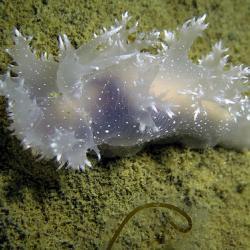 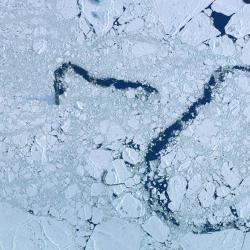