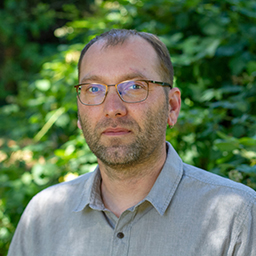 Martin is a marine geophysicist who is supporting projects at ONC that are related to seismology, tectonics, tsunamis, and scientific seafloor drilling. He completed his Ph.D. theses in 2008 at the University of Bremen. His thesis focused on the acquisition, processing and interpretation of marine temperature and pressure data in the context of subduction zones.

As scientist and consultant, Martin was also involved in several Engineering and computational research projects. In collaboration with Andrew Fisher(University of California Santa Cruz) and Heinrich Villinger (University of Bremen), he was involved in building and testing the APCT-3 tool that is currently used by the Integrated Ocean Drilling Program (IODP) to measure in-situ formation temperatures. Moreover, he used Matlab® to develop the current state-of-the-art software to process and analyze the data from IODP downhole temperature & pressure tools and heat-flux probes.

Martin began work for Ocean Networks Canada as a Borehole Instrument Research Associate at the Pacific Geoscience Centre in Sidney in August 2009. His role changed to staff scientist, focusing on plate tectonic processes and earthquake dynamics in July 2010.