A subduction zone (Bebout et al., 1996) is an area where two plates are converging, with one plate moving beneath the other. As the down-going (subducting) plate moves deeper, it transports water into depth where it is heated and released. The heat from the mantle and core causes the surrounding rocks to melt and become fresh magma for volcanic eruptions. The down-going plate is recycled in the Earth’s mantle. At the Cascadia subduction zone the ocean crust of the Juan de Fuca plate is subducting beneath the continental crust of the North American plate. At subduction zones, there usually is an area where the two plates become locked. This means that they are not slipping past each other and frictional stress can build up, storing large amounts of energy. When this stress finally reaches a breaking point, it releases the energy that has been stored resulting in what is known as a “megathrust” earthquake. 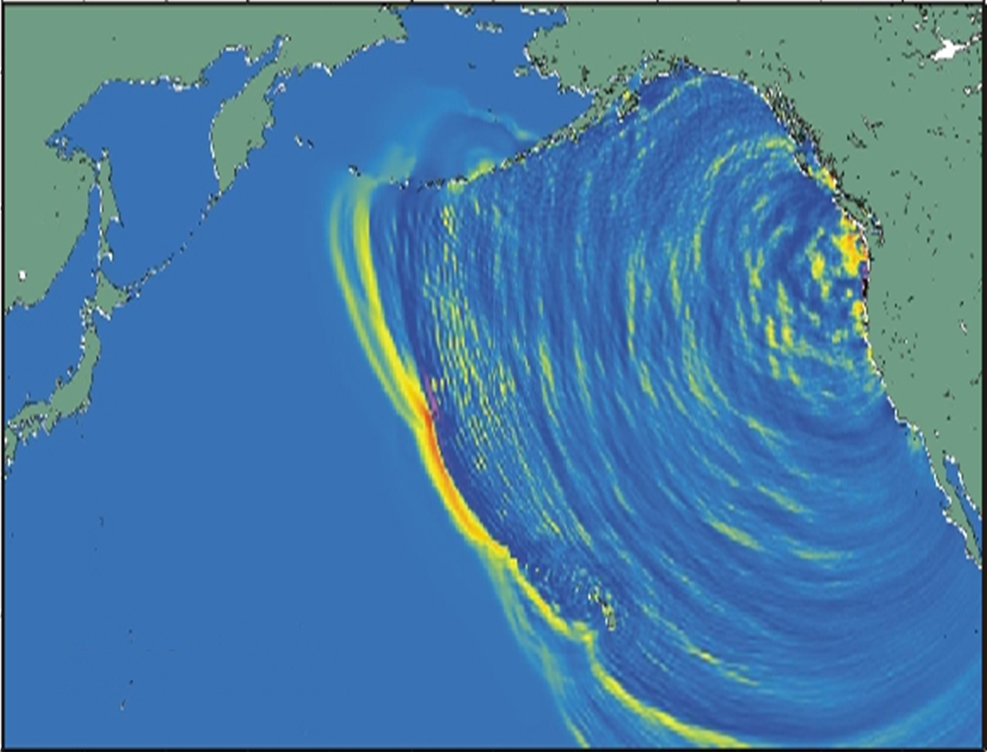 The locked zones can hold for hundreds of years as the Cascadia subduction zone has done since 26 January 1700 when the last megathrust earthquake occurred in this area (Satake et al., 2003). The earthquake magnitude was estimated as 9.0 and it resulted in a tsunami that was recorded in Japan. Evidence of this earthquake can be confirmed by geological evidence (land level changes, tsunami traces, turbidite deposits), biological evidence (tree rings), and human records (Native American stories and Japanese records) (Satake et al., 1996; Satake et al., 2003; Satake and Atwater, 2007). Megathrust earthquakes tend to occur in this region approximately every 300-500 years.