For over three decades, a fundemental goal for scientific ocean drilling has been to understand the role of the presence and flow of water in marine geologic formations on processes like heat loss from the earth, chemical exchange between the Earth’s oceans and crust, support of subseafloor microbiological ecosystems, and the creation of methane-hydrates and ore deposits. The quality of direct observations is commonly compromised by a simple problem: boreholes create hydrologic “short circuits” that allow open exchange of water between subseafloor formations and the ocean. The resulting perturbations severely limit the utility of temperature and pressure observations and of water samples taken during or shortly after drilling operations. 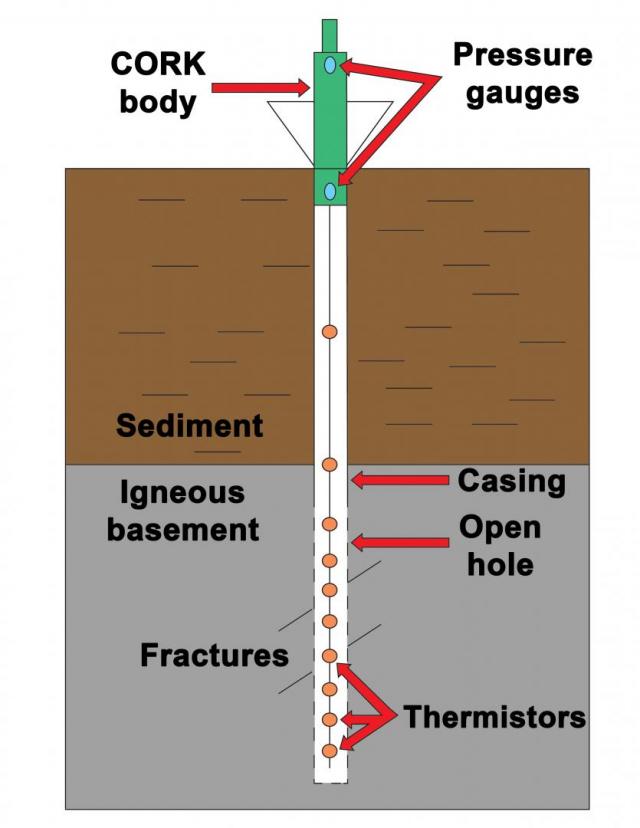 As a solution to this problem, the CORK (Circulation Obviation Retrofit Kit) hydrologic observatory was designed to seal open holes and carry sensors and fluid samplers for long-term monitoring (Davis et al., 1992). A seal stops the flow of water and permits the formation to recover from perturbations associated with drilling. A thermistor cable provides a downhole temperature profile and pressure measurements are representative of the openhole sections drilled below casing (Becker and Davis, 2005).