Drop, cover, and hold on

Data integration is done with the Canadian National Seismograph Network and Pacific Northwest Seismic Network. We are currently working with alerting authorities to determine future roll out of the earthquake early warning system. 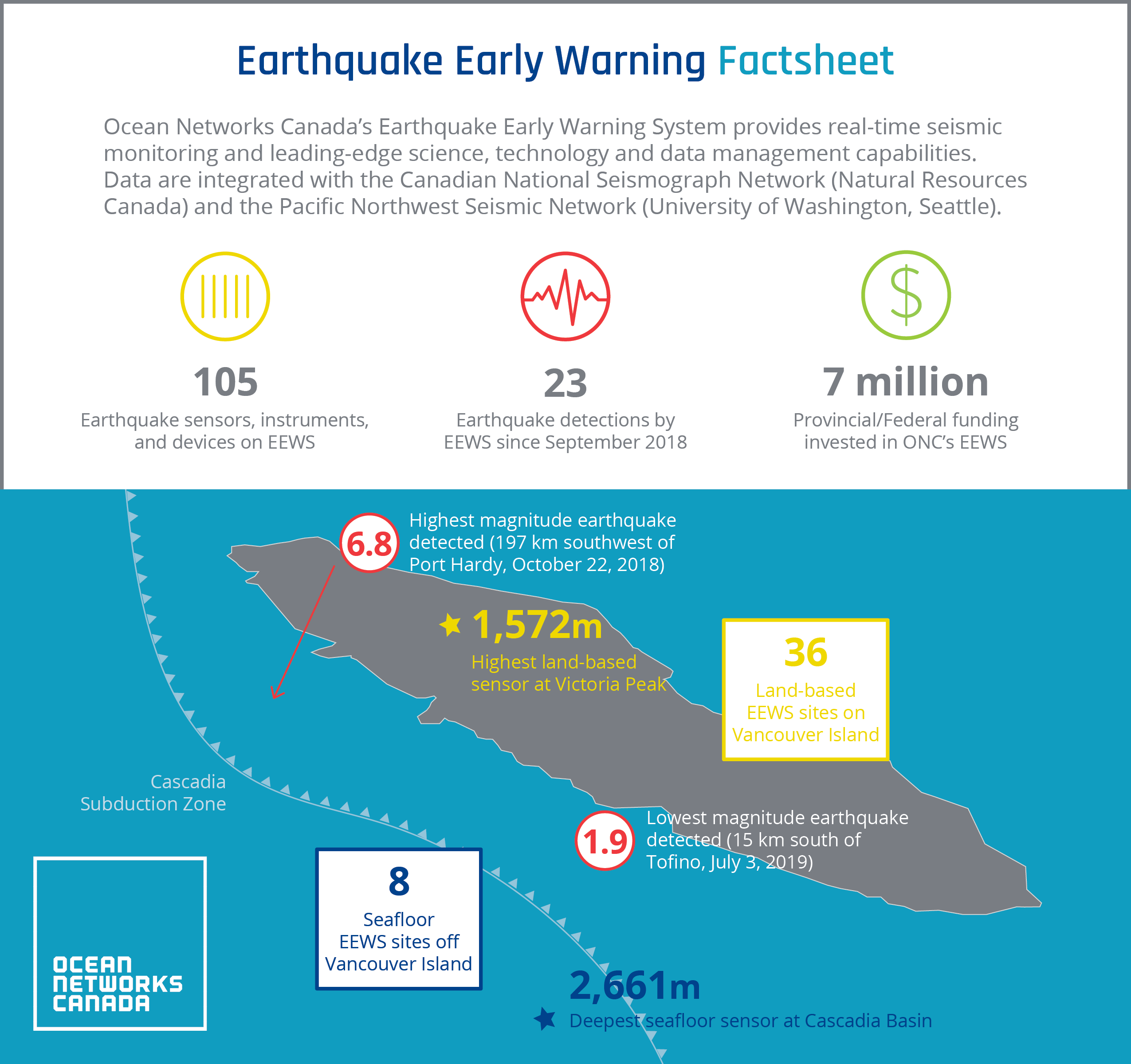 There are currently no known means to reliably predict earthquakes, however seismic instruments can rapidly detect an earthquake as it begins to unfold and communicate a warning before shaking arrives.

Earthquakes release energy that travels through the Earth as seismic waves. Primary or ‘P’ waves travel faster than secondary or ‘S’ waves. The latter are the cause of severe damaging ground shaking. It is the ability to detect these first ‘P-waves’ that enables earthquake early warning systems to deliver alerts before the arrival of the ‘S-waves’.

The detection of an earthquake by many sensors can provide rapid estimates of the location and magnitude of an earthquake as it occurs. This information can be used to determine the estimated arrival time and intensity of ground-shaking at specific locations across a region, allowing protective actions to take place before the shaking hits.