The west coast of North America is at risk of a major earthquake. An early warning alert of up to 90 seconds could save lives and protect infrastructure. In February 2016 Ocean Networks Canada (ONC) received funding from Emergency Management British Columbia (EMBC) to install the technology that will deliver a system for earthquake early warning for southern British Columbia by 2019.

The potential for earthquakes in British Columbia

How does Earthquake Early Warning work?​

What are the benefits of earthquake early warning?

Scientists cannot predict earthquakes but rapid alerts signalling an incoming earthquake may reduce deaths, injuries and property losses. Even a few seconds of warning may be enough time to take protective and preventative measures, such as:

What is the timeline?

Where and what is the Cascadia subduction zone? 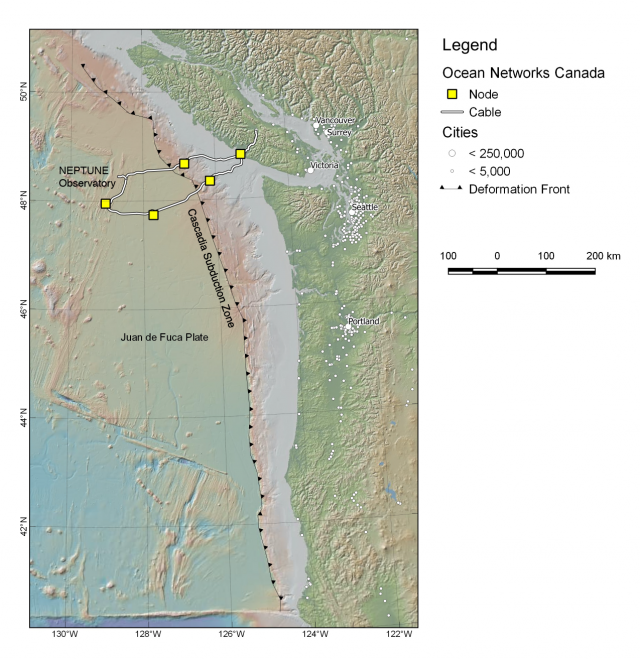 The Cascadia subduction zone is a boundary between tectonic plates where denser oceanic plates (mainly the Juan de Fuca Plate) are forced under the continental North America Plate. It is a region that roughly extends from the deformation front where the plates first meet on the seafloor past the volcanic arc to the east of the major coastal cities. The subduction zone stretches from northern California up to northern Vancouver Island.