Our first artist-in-residence program was an exciting, innovative and fruitful venture that helps the public understand and engage with ocean data in the Salish Sea and Fraser Delta. 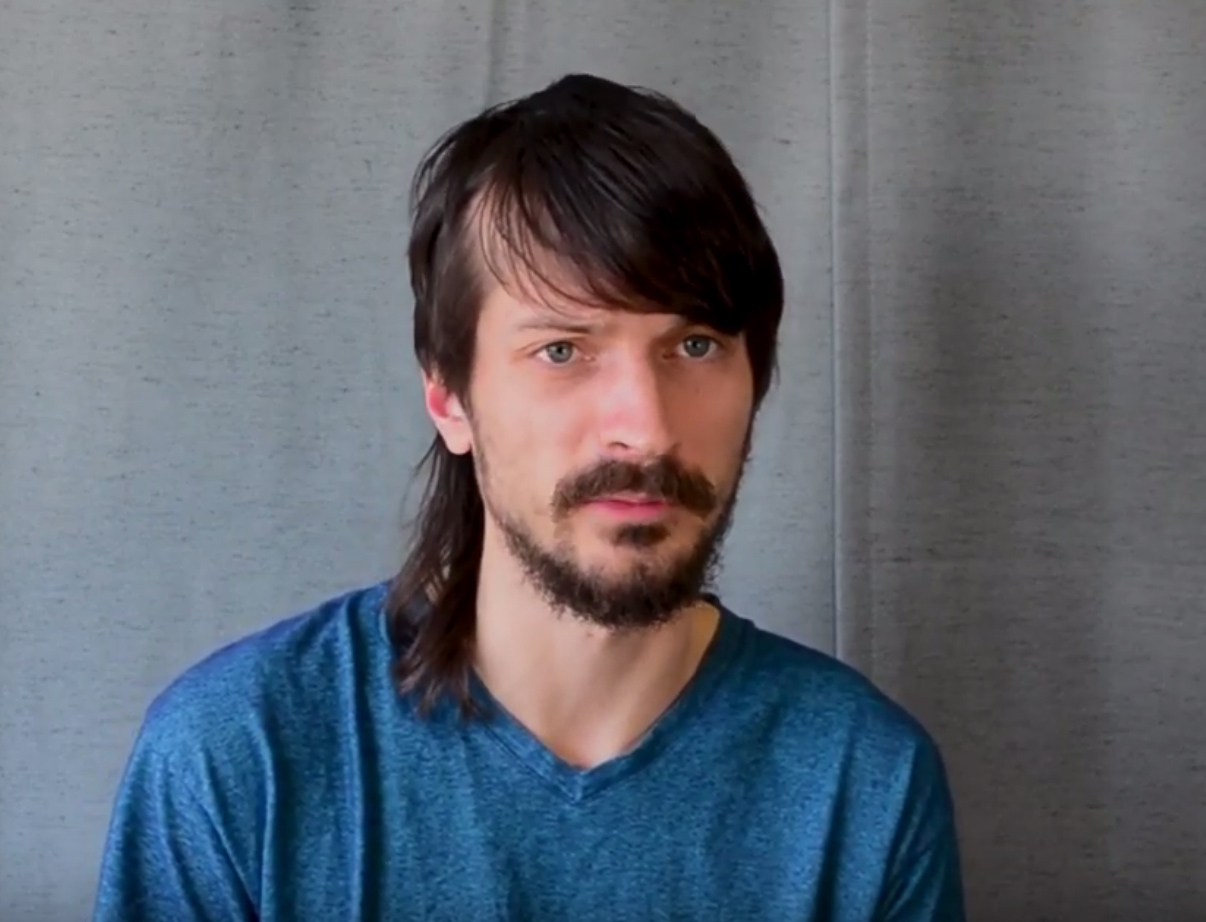 “I think interactive art has an opportunity to engage with environmental data in a way that is intuitive and interactive, that allows people to form their own connections,” comments Colton. The Atmospheric Ocean visualizes the carbon dioxide exchange between air and sea, Marine Scintillation is an immersive visualization of plankton, Alluvial Plum allows viewers to experience the interconnections between the Fraser River and the Salish Sea, and Acoustic Turbulence uses hydrophone recordings to provide an experience of ship noise above and below the water.

Listen to Colton explain how his data visualization allows viewers to experience unfiltered hydrophone recordings of the passage of various ships through the Salish Sea. This video won first prize in Research Reels, part of the University of Victoria’s Ideafest 2019.

“Some scientists devote entire careers to working on computer models that simulate how processes in the ocean are connected to the adjacent worlds of the atmosphere, the continents and human economic activity. And few of us are able to understand these models,” comments ONC chief scientist Kim Juniper. “Through Colton’s art, data from ONC’s underwater sensors are transformed into moving shapes and sounds in interactive, gamified scenes, that allow us to see and feel how natural cycles and global change are shaping ocean ecosystems.”

After a childhood in the Rocky Mountains of Montana, Colton Hash moved to Victoria in 2010 to start a computer science/visual arts combined degree, and last year, he started work as the Artist In Residence for Ocean Networks Canada (ONC).

Growing up surrounded by forests, Hash has always drawn on nature as inspiration for his art. But that drive grew particularly strong after the Rocky Mountain Pine Beetle epidemic in 2008. “It killed half of the trees I grew up around,” Hash says. “I was awoken to the scale and severity of the ways that industrial activity has impacted the earth, and I’ve been drawing upon that as motivation ever since.”

That motivation isn’t only evident in Hash’s projects for the ONC; it can be seen in all his work, from a sculpture commenting on domestication to an interactive digital display depicting forest growth and decay. 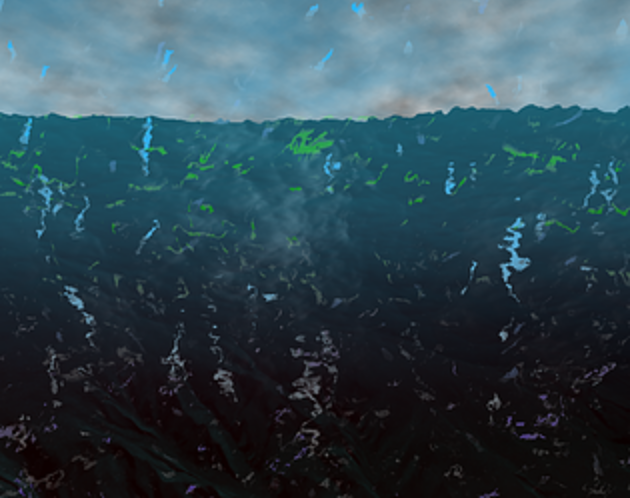 ONC Artist in Residence work: Atmospheric Ocean. Interactive visualization of CO2 exchange between Ocean and Atmosphere that presents an abstraction of physical processes that cycle carbon dioxide between the air and sea. The viewer is placed within the dynamic mixing layer between the ocean and atmosphere. 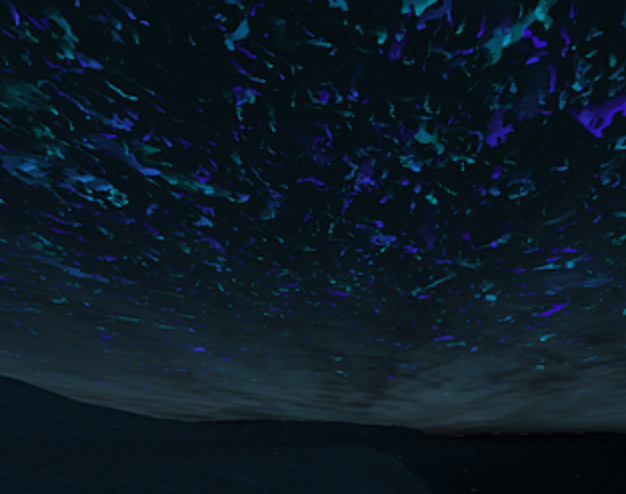 ONC Artist in Residence work: Marine Scintillation. An immersive visualization of interacting marine microorganisms. Animated particles that represent phytoplankton, zooplankton and dissolved oxygen are rendered into seawater. Viewers control a virtual camera focused on a micro scale, which can move vertically through the water column and above the ocean surface.

All of Hash’s work done for the ONC was interactive: visualisation of plankton, depictions of noise from sea vessels, the exchange of carbon dioxide between ocean and atmosphere. During his time in the Artist In Residence program, he would talk to staff and scientists about their research, then start projects based on that research to depict different aspects of local marine ecosystems. He’d often show his works-in-progress to people at the ONC to receive feedback and suggestions.

“An aspect of Artist in Residence programs that excites me is the potential for artists to help facilitate the ability of people working within organizations to engage with their own ways of creative thinking,” he says. After a moment, he adds, “If nothing else, I think having an artist around a bureaucratic organization can help to break up some of the monotony of day to day routines and deadlines.” 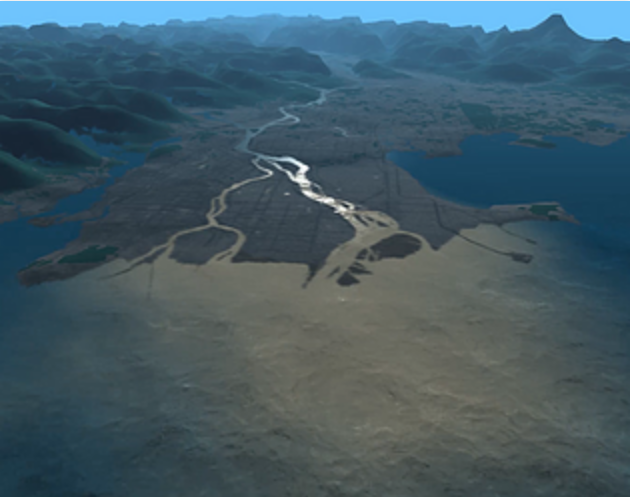 ONC Artist in Residence work: Alluvial Plume allows viewers to experience the cyclical interconnections between the Fraser River and the Salish Sea as well as the anthropogenic context of the Vancouver region.

Hash leans heavily towards interactivity in his own art, not just in his work for the ONC. “If art works respond to the movements or choices of viewers,” he says, “I think that it can facilitate people to be more engaged and spend more time reflecting on their experiences. I think that the power within art to influence societal change lies within the space where the viewer forms their own connections when engaging with art.” 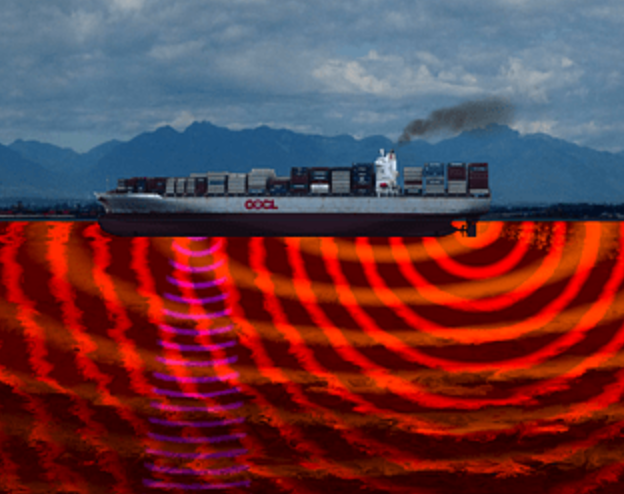 Hash’s favourite piece of his own work to date is Resonant Disintegration, a feat of welding, computer programming, and working with climate model data. Hash welded together a metal sculpture of a life-size adolescent female orca, submerged it in the Salish Sea to corrode, then hung it in a room at eye-level.

Climate data was projected throughout the room, while underwater engine noise played. The sculpture also had a microphone attached to it and every time someone touched the sculpture, that noise would echo throughout the room. Hash describes it as “an emotionally-driven space that is beautiful and haunting, and reflects the complex state of our world in relation to climate change, ongoing industrialization and the loss of things we love in the world.” 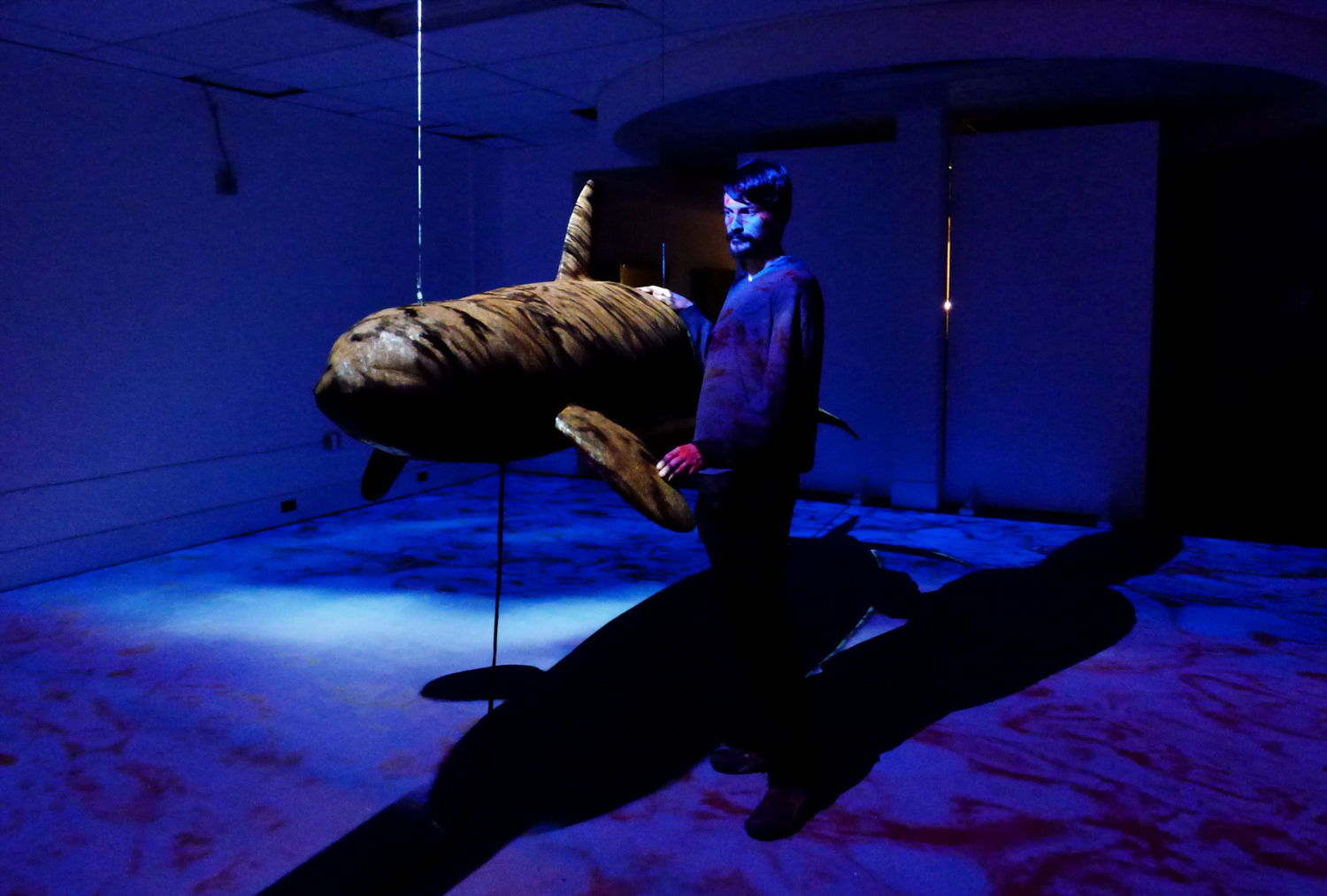 Hash was originally hesitant to sculpt even though when he first started art courses at UVic “all I wanted to do was to make metal animal sculptures out of sheet metal.” Part of him was afraid that it seemed too “crafty”—and then in his final year, he “finally just went for it.” Though he doesn’t currently have the space to work with wood and metal, Hash is hoping to be able to again soon.

Hash sees art as a way of opening discussions in a time when action against climate change becomes more and more important. He says, “Sometimes making art feels futile in relation to the problems we collectively face, but it also feels like an important way to build deeper connections and creative capacity. I think that imagination, creativity and intuition are all important parts of our collective healing.”

View the work Hash did for ONC, visit his personal artist website and listen to a “Check the Program” interview about his work (starts at 19.30). He has upcoming exhibitions for Resonant Disintegration scheduled in Windsor and Edmonton next year.