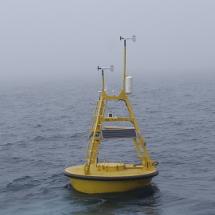 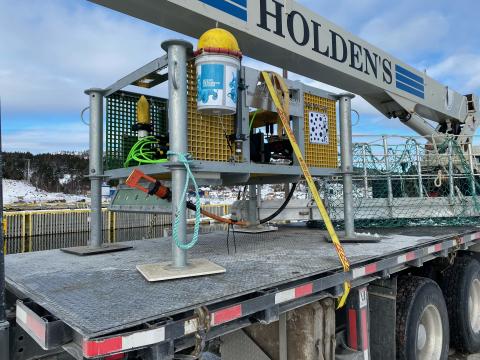 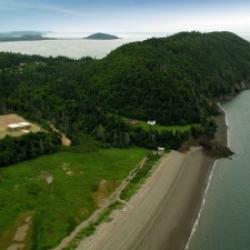 The Fundy Standard from FORCE on Vimeo.

FORCE collaborates with industry, government, and researchers to study the interaction between tidal turbines and the Bay of Fundy environment, providing research, environmental monitoring, and the electrical infrastructure for commercial development.

Included in the operational governance guidelines of the FORCE institute are the following objectives: 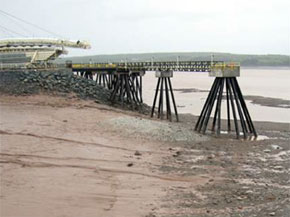 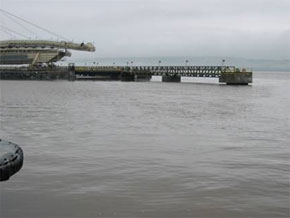 On a flood tide, 160 billion tonnes of seawater flows into the Bay of Fundy — more than four times the estimated combined flow of all the world’s freshwater rivers during the same 6-hour interval.

The vertical tidal range can be over 16 metres — giving the Bay of Fundy the highest tides in the world.  The horizontal range can be as much as 5 kilometres, exposing vast areas of ocean floor.

The tidal currents in the Bay of Fundy are fast, reaching 10 knots (5.1 m/s) at peak surface speed.

Research from California-based Electric Power Research Institute (EPRI) identifies the Bay of Fundy as potentially the best site in North America for tidal power generation, with a world-class resource close to an existing electricity grid.

In the Minas Passage alone, EPRI estimated a nearly 300 megawatt potential (equal to enough power for about 100,000 homes).

More recent research suggests there is more than 7,000 megawatts of potential in the Minas Passage, 2,500 megawatts of which can be extracted without significant effects. Models indicate upwards of 50,000 megawatts of energy exists in the entire Bay of Fundy.

The Guinness Book of World Records states the world’s highest average tides are in the Bay of Fundy, where the mean spring range in the Minas Basin is 14.5 metres (47.6 feet). The highest tide on record in the Bay was 21.6 metres (70.9 feet) in 1869.

The Atlantic data sources currently include:

Ocean Networks Canada has further expanded its footprint across Canada with the launch of a new collaboration with the Fundy Ocean Research Centre for Energy (FORCE).

ONC is proud to be assisting FORCE as they develop their environmental monitoring systems by integrating Oceans 2.0, a sophisticated data acquisition, archiving and visualization system developed for ONC’s own observatories, for the long-term scientific monitoring of Canada’s oceans.

This is the first observatory infrastructure on Canada’s Atlantic coast to be hosted on the Oceans 2.0 platform.