Fraser River Delta at a Glance: 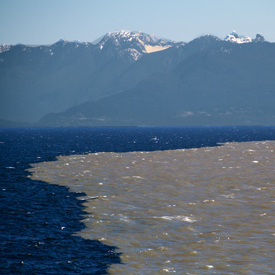 Map of Ocean Networks Canada installations in the Salish Sea. Click to enlarge.

The Fraser River drains the coastal mountains of southern British Columbia. The winter snow pack melts in the spring, causing the river volume to more than double, with peak discharge in May and June of nearly 10,000 cubic metres per second. This massive fresh-water input dramatically alters the near-surface and regional circulation patterns in the southern Strait of Georgia. Enhanced by tidal mixing, the deep estuarine circulation causes a net surface flow out through the Juan de Fuca Strait, and a deep in-flow of Pacific water, rich in nutrients.

The river discharge is also ladened with silt, washed down through the Fraser Valley. As the river empties into the Strait of Georgia, the slowing and mixing with salt water precipitates a settling of new sediments along the entire Delta front. Tidal resuspension and transport further move the sediments along the Delta slope. Rapid accumulation often results in unstable slopes, which can fail catastrophically as under-water landslides. Located near important coastal infrastructure such as the Vancouver Airport, the deep-sea Deltaport or the Tsawwassen ferry terminal, a proper understanding of this dynamic coastal region is imperative. 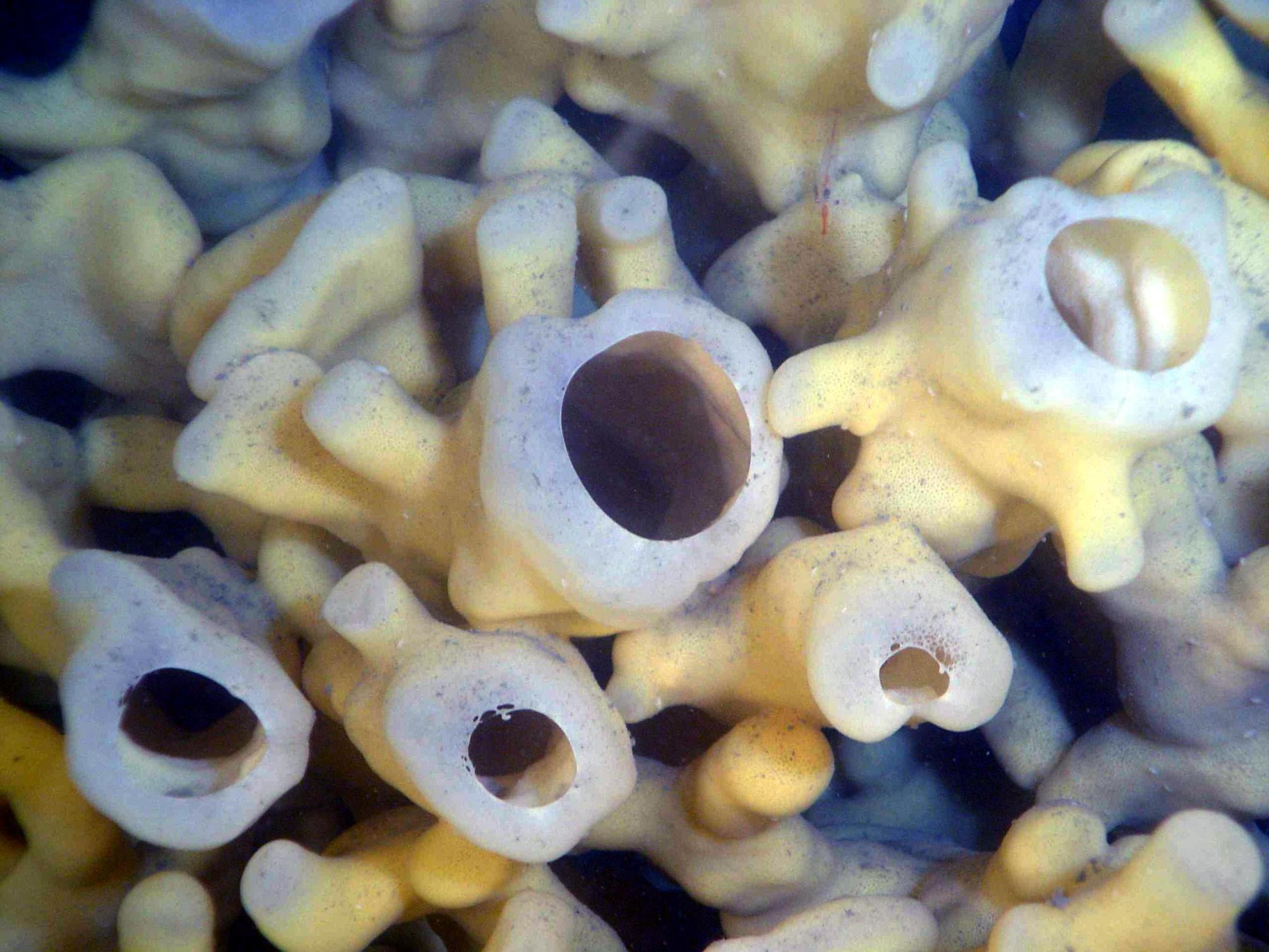 While in the past it has been difficult to study these long-time scale failure events using short-term moored instruments, Ocean Networks Canada’s deployment of a new instrument array along the Delta slope makes detailed, real-time, and long-term data available for researchers.

With the slope failure events themselves occurring over a span of only a few seconds, but with conditioning mechanisms taking months, or even years to form, the instrument array at ONC’s Fraser River Delta observatory is uniquely capable of handling such a demanding task.

One type of instrument currently used by scientists at the Fraser River Delta Observatory, known as a Seismic Liquefaction In Situ Penetrometer (SLIP), uses piezometers (to measure pressure in the water column and seabed), accelerometers (to measure seismic activity), and inclinometers (to measure sediment movement through strain) to gather data on the conditions associated with slope failure.

Another, the Delta Dynamics Laboratory (DDL), provide additional environmental information on water properties, turbidity, and currents for the slope stability studies. A mini-node supports the entire Delta site, including hydrophones to listen for undersea landslides and earthquakes.

It is the integration then of multiple instrument and data types present within the Fraser River Delta Observatory which makes it unique, and particularly important, to the coastal Lower Mainland and Vancouver Island.

The Submarine Slope Failure and Sediment Stability project, a project led by Gwyn Lintern of Natural Resources Canada, is helping to understand and predict submarine instability along the Fraser River Delta Slope, hoping to protect coastal infrastructure from the consequences of such a slope failure. Associated research can be found in the following study briefs: