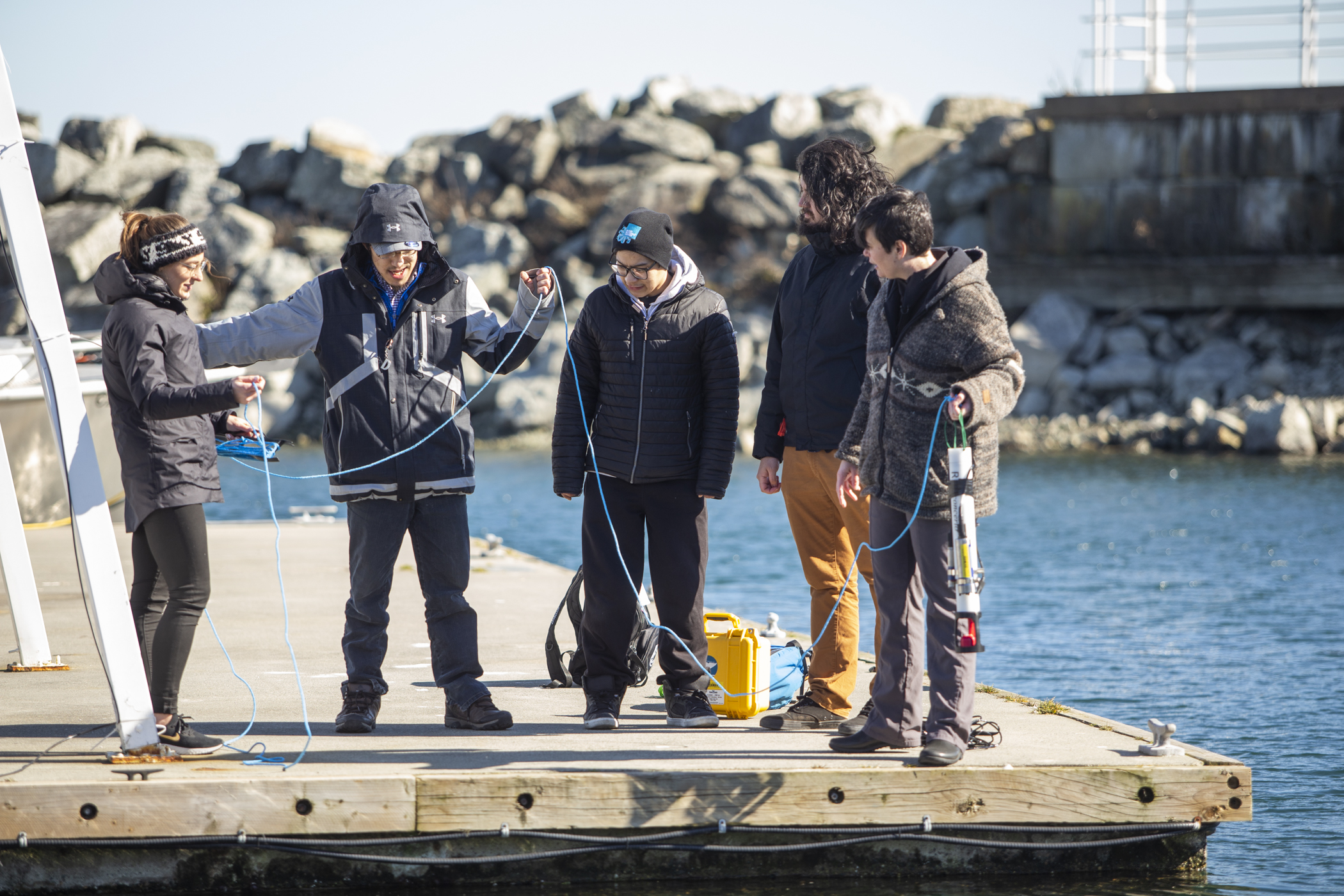 The Youth Science Ambassador Program is an innovative initiative of Ocean Networks Canada. The program connects youth from local communities with world-leading ocean science from ONC’s observatories and the place-based Indigenous knowledge of the ocean that exists within their region. Involving both rural and urban Indigenous communities, this Program is all about engaging and inspiring the next generation of ocean scientists, marine resource managers, and environmental stewards by exploring connections between their local marine environment and the global ocean.

The program is facilitated by local indigenous youth in a variety of communities along coastal British Columbia and in the Canadian Arctic. Each position is adapted to meet the needs and interests of each community. Hands-on learning activities and research projects are co-developed with key community educators and knowledge holders, emphasising a focus on the place-based Indigenous Knowledge held within their territory. The Youth Science Ambassadors work to explore their local environment and connected educators with ONC data (from local community observatories) and Indigenous Knowledge. These connections will be made through the development and exploration of enquiry projects and learning modules relevant to their local ocean environment.

These enquiry based projects are developed surrounding the interests of students and priorities identified by the communities. Although the projects vary greatly depending on the community, they all have a common ocean thread: making local observations, and global connections. 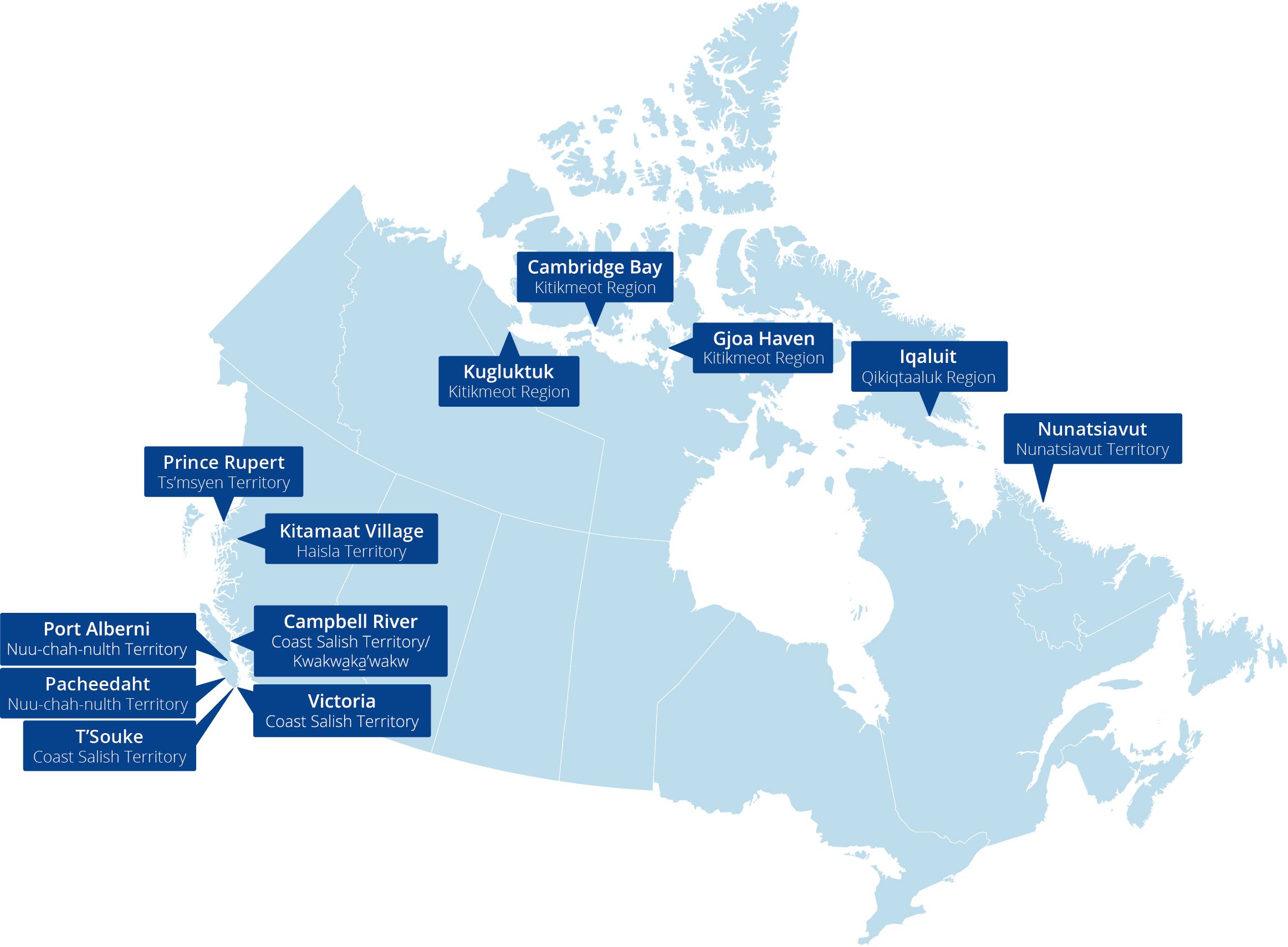 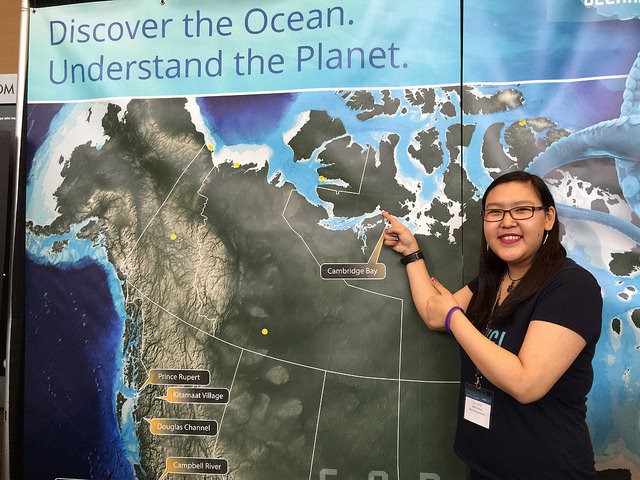 As ONC’s first Youth Science Ambassador, Mia Otokiak successfully furthered ONC’s community, youth, and educational engagement in the Cambridge Bay region. Mia, an Inuk from Cambridge Bay, has now gone on to a full-time job in science, working for the Nunavut Impact Review Board. As part of her work as YSA with ONC, she led a youth, community-based monitoring program with the students of Kiilinik High School to collect snow data to help in scientific modelling of ice conditions.

“Because of Ocean Networks Canada I’ve learned so many fascinating things about the Ocean, which I had always wanted to learn about but never had the chance to, until now. To make it even better, I’ve passed all this information down to students of the same schools that I went to, the same schools that I graduated from. I can guarantee that ONC was a huge reason I have been able to get my current job with the Nunavut Impact Review Board, whose mandate is to protect and promote the existing and future well-being of the residents and communities of the Nunavut Settlement Area. ONC has been a huge stepping stone in my career of science and I am truly grateful to have been a part of the team.”

Cathryn Hale, an Ahousaht from the Sam family, was ONC’s first YSA for the Victoria area. In this role, she worked to develop relationships with local First Nations and schools to encourage youth to pursue careers in science. During the school year Cathryn gave school presentations and delivered hands-on activities. She hopes that by introducing students to science careers and resources will spark an interest that will carry through to adulthood and benefit their communities. During the summer she organized and ran day camp activities with the W̱SÁNEĆ Nations and Esquimalt First Nations, and helped with an ROV project in partnership with local schools. Cathryn spearheaded ONC’s work with Arbutus Global Middle School, assisting students with ocean-related projects and videos they prepared to showcase at the Ocean Science Symposium in May 2018.

Eden Atkinson-Bruce, from Terrace, B.C, was the enthusiastic North Coast of BC Youth Science Ambassador. Eden worked closely with the Kitsumkalum First Nation’s 'Na Aksa Gyilak'yoo School to develop inquiry based projects surrounding the effects of climate change on Ts’msyen Territory. Students used ONC’s data from the Prince Rupert - Ts’msyen Territory community observatory to make observations about their local ocean environment. Students also worked with local knowledge holders and elders to learn about how Kitsumkalum Territory waters and lands are being altered because of climate change.