Barkley Canyon extends from the continental shelf edge at 400 m down the continental slope to the canyon axis at 985 m water depth. Located at the leading edge of the Cascadia subduction zone, this site supports the study of the accretionary prism, where the sediments pile along the continental slope as they are scraped off the subducting or descending tectonic plate. This is also a location where pressure, temperature, gas saturation, and local biological and chemical conditions are just right for exposed gas hydrates to be stable on the seafloor. Gas hydrates have gas molecules, typically methane in marine environments, trapped within “cages” of water molecules. This gives them a crystalline structure that resembles ice and can appear as white to yellow mounds covered by sediment on the seafloor.

The region is influenced by a major ocean current system. Off the coast,the west wind drift current splits to create the Alaska and the California currents (the California current system). The direction and strength of the currents regulate the upwelling/downwelling regime along the coast, with a flow towards the equator in summer (California current) and reversal in winter (Alaska current). In addition to these two currents, a large submarine canyon acts as a primary conduit for the transfer of sediment from the continental slope to the deep-sea.

Organisms living in the depths of Barkley Canyon have evolved to be able to persist in areas with high pressure, no light, and low nutrients/food availability. The Barkley Canyon instruments span a diversity of habitats, each of which is associated with its own specialized biological community. Most of the areas within Barkley Canon are characterised by a soft, finely sedimented seafloor. Video observations suggest that animal densities are higher at the shallower sites compared with the deeper sites, although most species are present at all sites. A number of fish including sablefish, thornyheads, rockfish, flatfish, sharks, skates, hagfish and eelpouts have been observed throughout Barkley Canyon. The area is rich with invertebrates as well including molluscs (bivalves, octopus, snails), echinoderms (sea stars, brittle stars, sea cucumbers, and urchins) as well as arthropods (crabs and shrimp). Cnidarians are seen both on the seafloor (anemones, sea pens, and corals) as well as floating in the water column (jellyfish) along with other organisms such as salps, ctenophores, and tunicates.

Where gas hydrates are observed on the seafloor, there are mats of chemosynthetic bacteria which derive their energy from hydrogen sulphide produced by the oxidate of methane by a second group of microbes living deep within the sediments. Other chemosynthetic sulphide-oxidizing bacteria live in symbiosis with clams who live at these hydrate mounts. Many of the species observed elsewhere in Barkley Canyon are not dependent on this system but are frequently observed in the area. 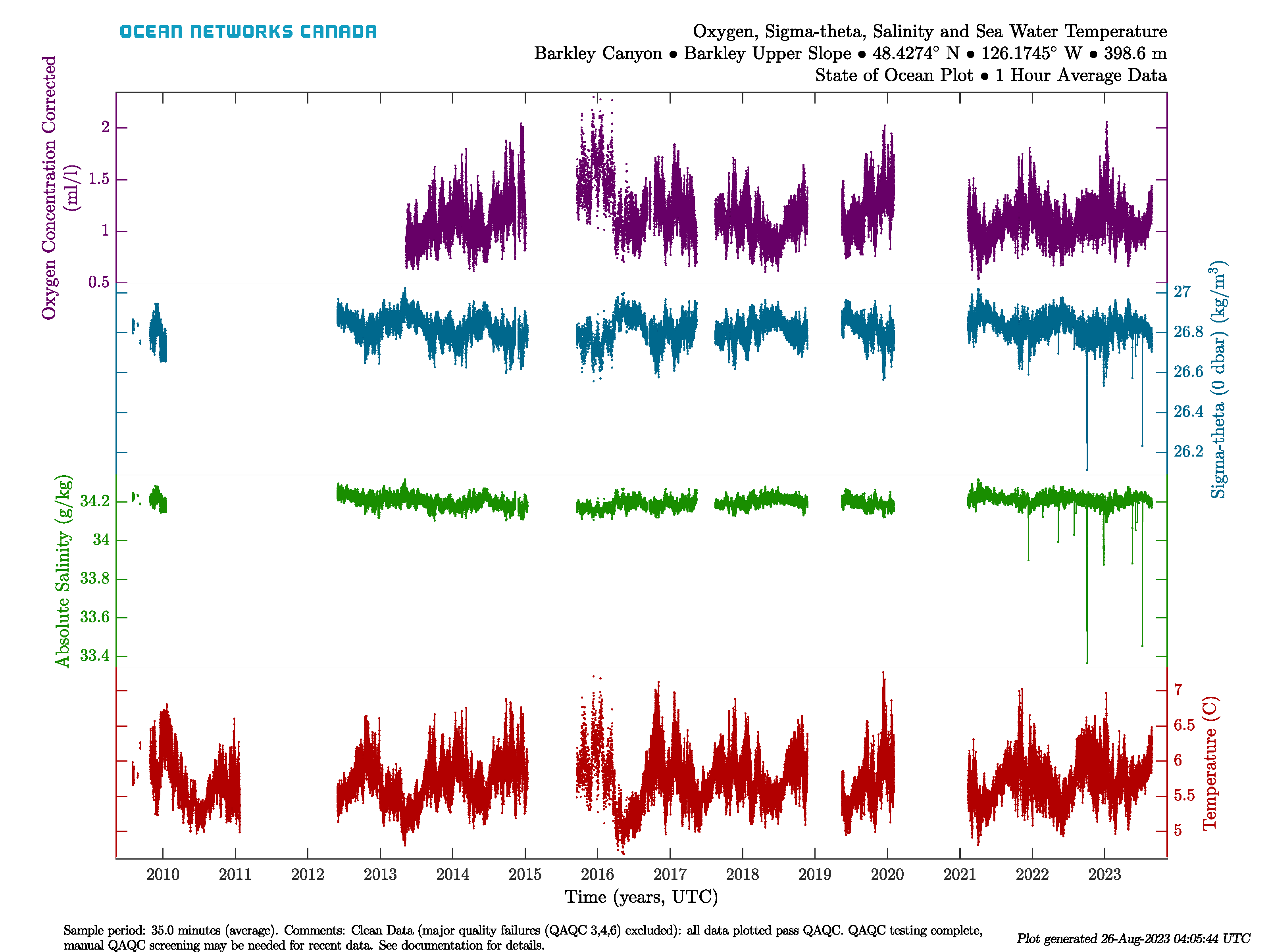 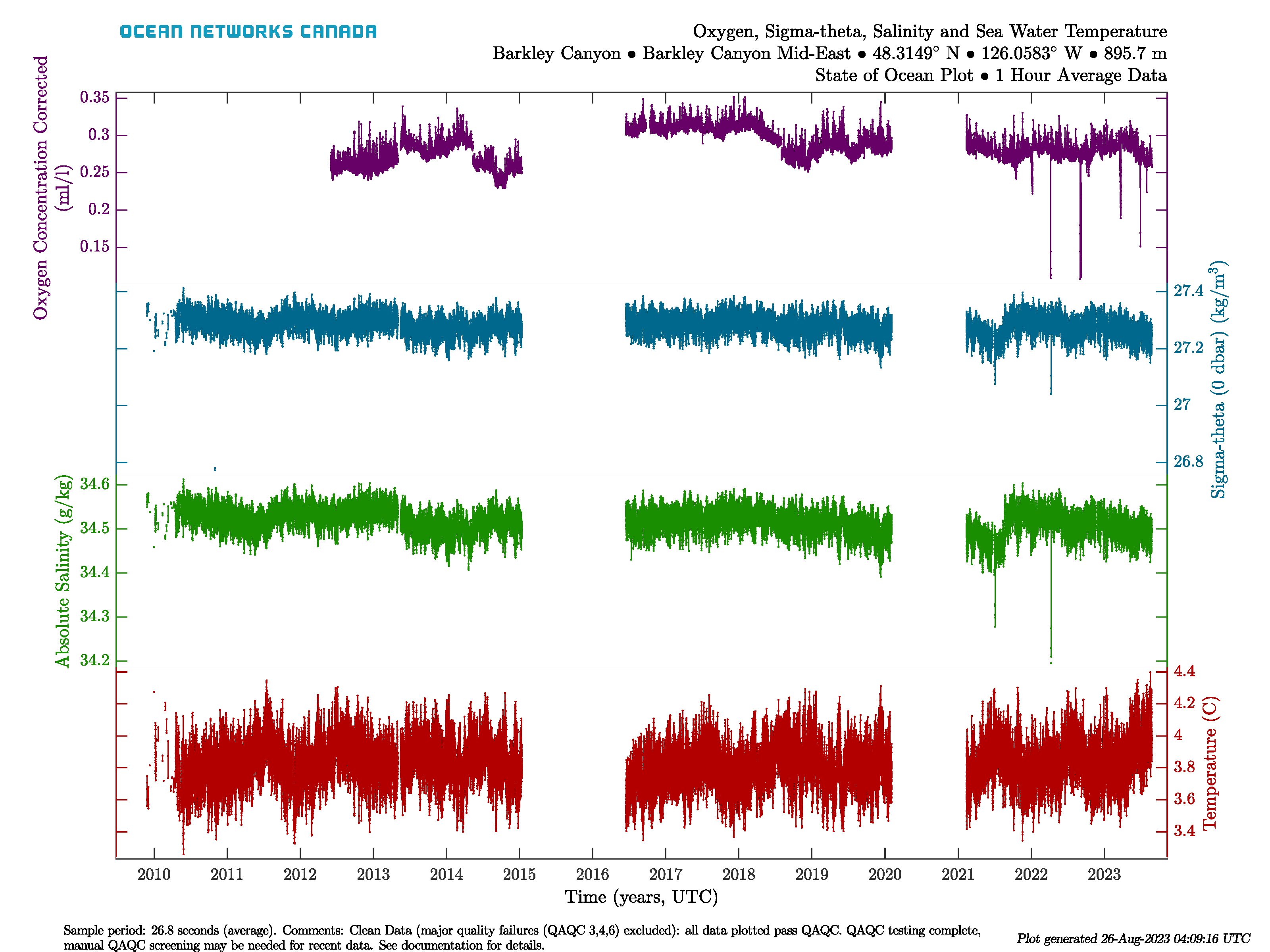