The Cascadia Basin is the heavily sediment part of the Juan de Fuca Plate that extends from the base the continental margin to the west where the sediments lap on to the Juan de Fuca Ridge flank. The Juan de Fuca Plate is one of the last remnants of the Farallon Plate, the original eastern Pacific oceanic plate, which has been almost entirely subducted beneath North America. The flat sediment surface constitutes an abyssal plain, an exceedingly vast environment that covers over 50% of the planet’s surface. Seemingly inhospitable, with temperatures below 2°C, high-pressures, and a total absence of light, the Cascadia Basin is nevertheless home to an assortment of well-adapted organisms.

Depending mostly on marine snow—the continuous shower of mostly organic detritus falling from surface waters—little is known about the complicated food web connecting the organisms of the deep. Because of the harsh environment, there is a low density of organisms observed. Despite the low density, there is a fairly diverse community living on the abyssal plain. Installation and maintenance work has enabled a number of these organisms to be observed. The main groups of organisms observed include fish (skates and rattails), echinoderms (sea cucumbers, sea stars, brittle stars, and crinoids), molluscs (octopus and squid), sea pens, crabs, and squat lobsters. A number of pelagic (living in the water column) organisms were observed such as squid, jellyfish, ostracods, ctenophores, and salps.

A few isolated outcropping seamounts that pierce through more than 200m of impermeable sediments, are conduits that allow hydrologic exchange between the open ocean and the upper oceanic crust—the largest aquifer of the planet. The Cascadia Basin site is placed in the vicinity of several Circulation Obviation Retrofit Kit borehole observatories, which are designed to study the hydrology, geochemistry and microbiology of the upper oceanic crust. CORKs are also being used to investigate changes in regional plate strain that are caused by earthquakes on the plate boundaries. The seafloor pressure measurements of the CORK borehole observatories constitute the center of a “tsunami-meter”, a network of several high precision, rapid sampling bottom pressure recorders (BPRs), that allows precise determination of deep water tsunami amplitude, direction of propagation, and speed. 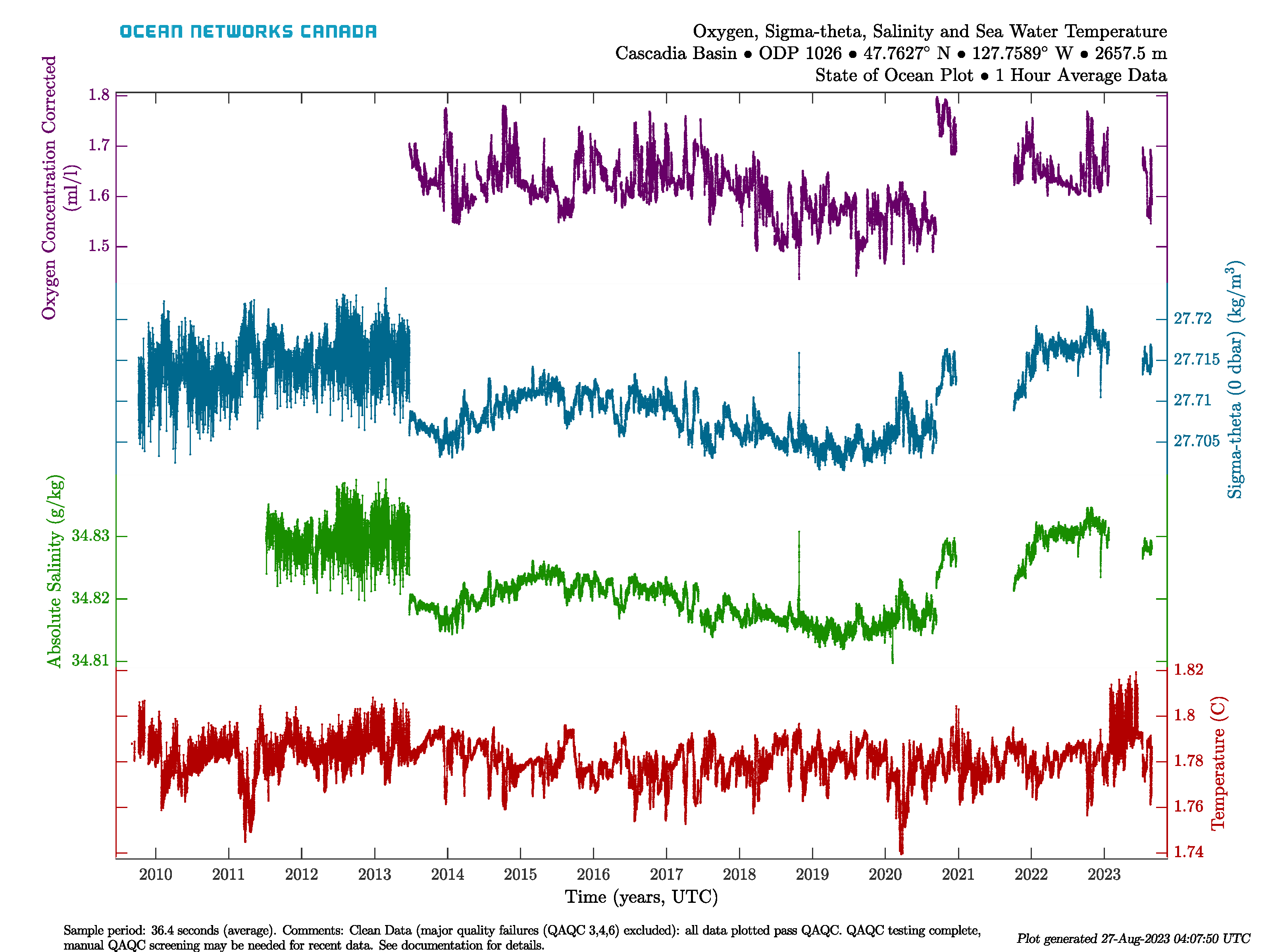