The name Clayoquot (pronounced “Clah-quot”) is an anglicized version of Tla-o-qui-aht, the largest nation in the Nuu-chah-nulth (Nootka) First Nations, whose people have resided in the Clayoquot Sound region near Tofino and Ucluelet for at least the last 2000 years. Clayoquot Slope lies about 1250 m below sea level and approximately 20 km landward of the toe of the Cascadia subduction zone. The Cascadia subduction zone is the area where the Juan de Fuca plate is subducting beneath the North American plate. This is a zone where much of the thick layer of sediments deposited on the eastern flank of the Juan de Fuca Ridge are scraped off and accreted as the tectonic plates converge. As sediments thicken and compact from accretion, pore waters are expelled from the sediment, and gases — primarily biogenic methane — contribute to the formation of gas hydrates in the upper few hundred metres of the sediment. A cold vent site at Clayoquot Slope, known as Bullseye Vent, has formed along with significant concentrations of gas hydrates.

Clayoquot Slope is home to a variety of deep-sea organisms. Many demersal fish such as rockfish, flatfish, throny heads, and rattails are found near the bottom. Other organisms such as echinoderms (sea cucumbers, brittle stars, sea stars), octopus, crabs, cnidarians (sea pens, corals, anemones), and bacterial mats are also seen at Clayoquot Slope. In the water column, organisms such as squid, krill, jellyfish, siphonophores, and larvaceans have been observed during installation and maintenance work. 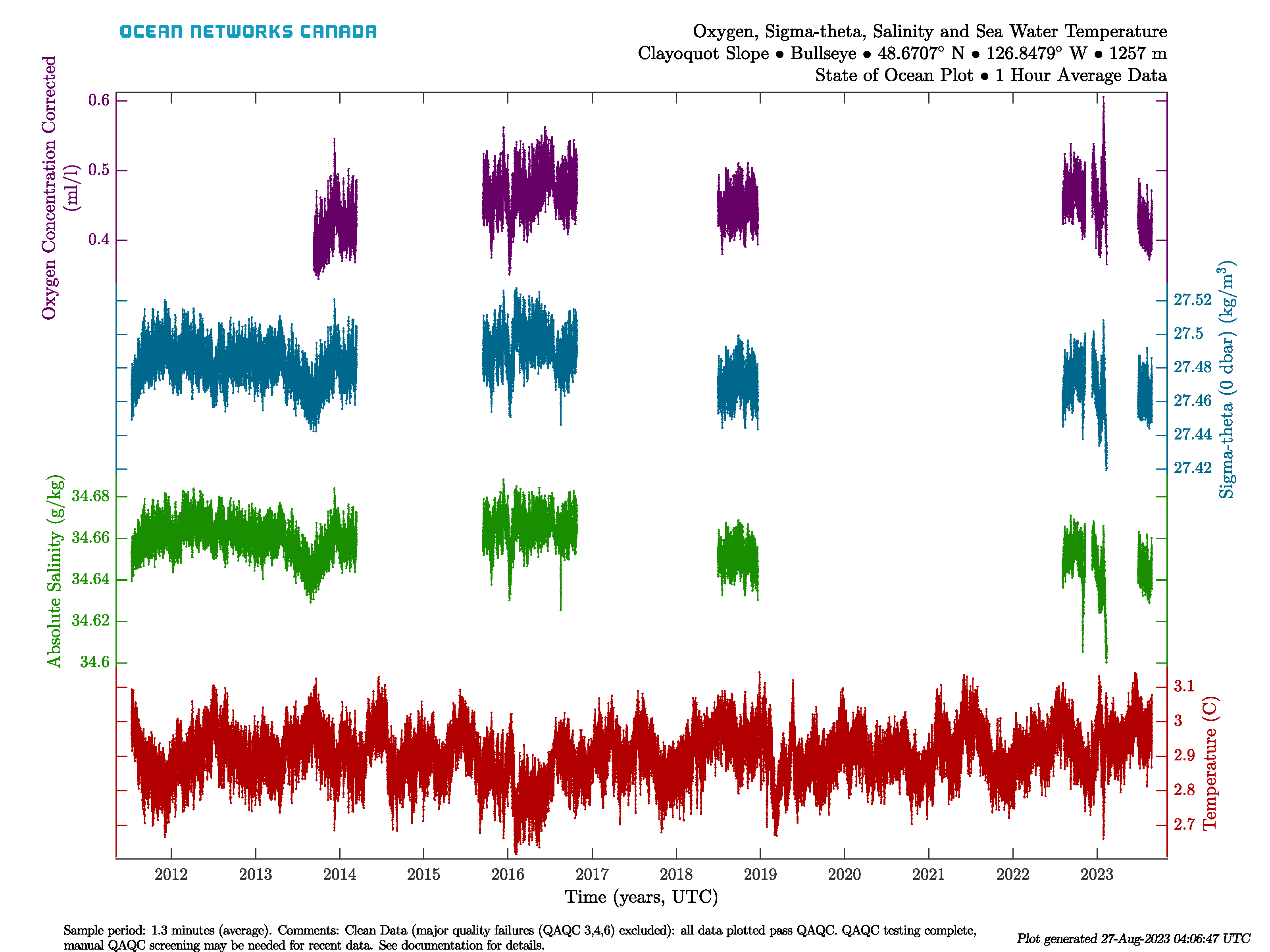