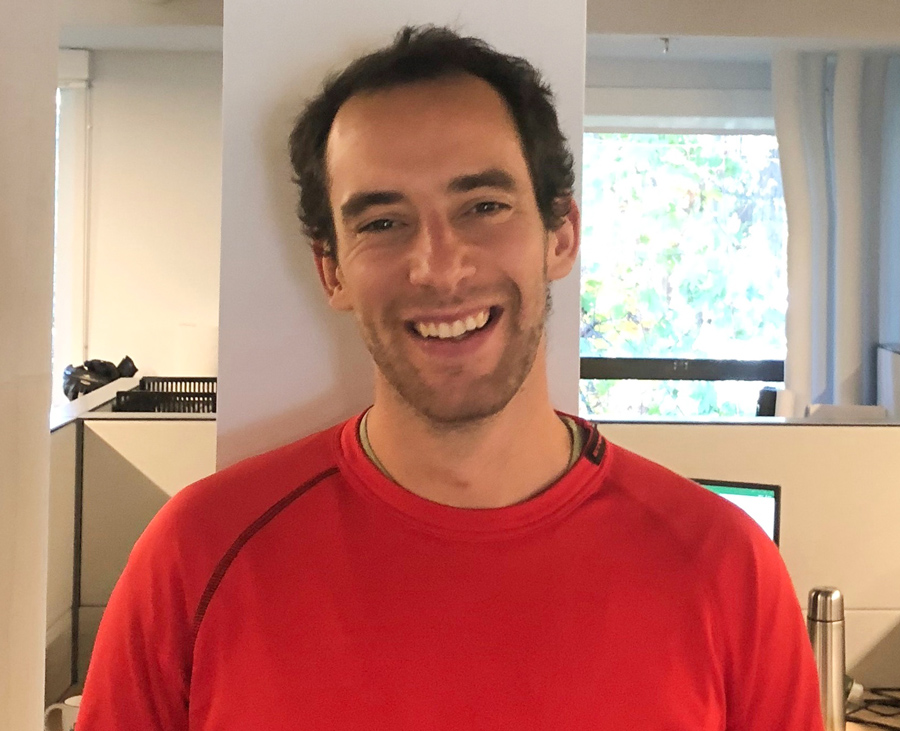 Visiting scientist Marco Francescangeli is a graduate of Marche Polytechnic University in Ancona, Italy where he completed his undergraduate and masters degrees in marine biology. He will be at Ocean Networks Canada (ONC) until March 2019 analyzing deep-sea ecosystems at Barkley Canyon and investigating anthropogenic impacts—caused by human activities—on marine life.

Francescangeli first heard of ONC from Jacopo Aguzzi, theme leader for life in the environments of the Northeast Pacific Ocean and Salish Sea, and later met senior staff scientist Fabio De Leo while working on a project collecting data from the canyons off the Catalan coast.

“I wanted to come to ONC because I heard about the leading-edge science they were doing and the quality data they were collecting with their observing infrastructures in the Northeast Pacific,” Francescangeli says. “I knew this hands-on experience would guide my future research of the deep sea.”

For his masters degree, he collaborated with the Spanish National Research Council’s Institute of Marine Sciences to use more than 50 hours of remotely operated vehicle (ROV) video footage to investigate deep-sea benthic biodiversity in submarine canyons in the Atlantic Ocean’s Gulf of Cadiz. While at ONC, Francescangeli plans to continue using footage to analyze the behaviour of deep-sea fauna. He will analyze approximately seven years of ONC’s ROV footage collected from Barkley Canyon—an offshore site marked for its rich biodiversity—to identify the role of seafloor complexity (habitat heterogeneity) on benthic biodiversity and ecosystem function.

Francescangeli will also be investigating differences between pre- and post-Northeast Pacific ‘warm blob’ conditions, and the effects of the massive and unusual pyrosome blooms on the ecosystem function, diversity, and abundance of seafloor fauna. Leveraging his previous experience investigating the anthropogenic impacts of marine litter and bottom trawling, he will be looking at environmental fluctuation (the ‘warm blob’) that may or may not be related to the effects of climate change. This unusually warm ocean condition is useful in predicting how biological communities would respond and adapt to future warmer ocean conditions resulting from climate change.