The universe—not the sky—is the limit when it comes to science innovation at Ocean Networks Canada (ONC). In addition to the continuous, real-time ocean observing it was designed and built for, one of the great advantages of ONC’s deep-sea infrastructure is the opportunity it extends to all kinds of diverse, leading-edge research, including exploring our universe’s most abundant and hard-to-study ingredient—neutrinos. 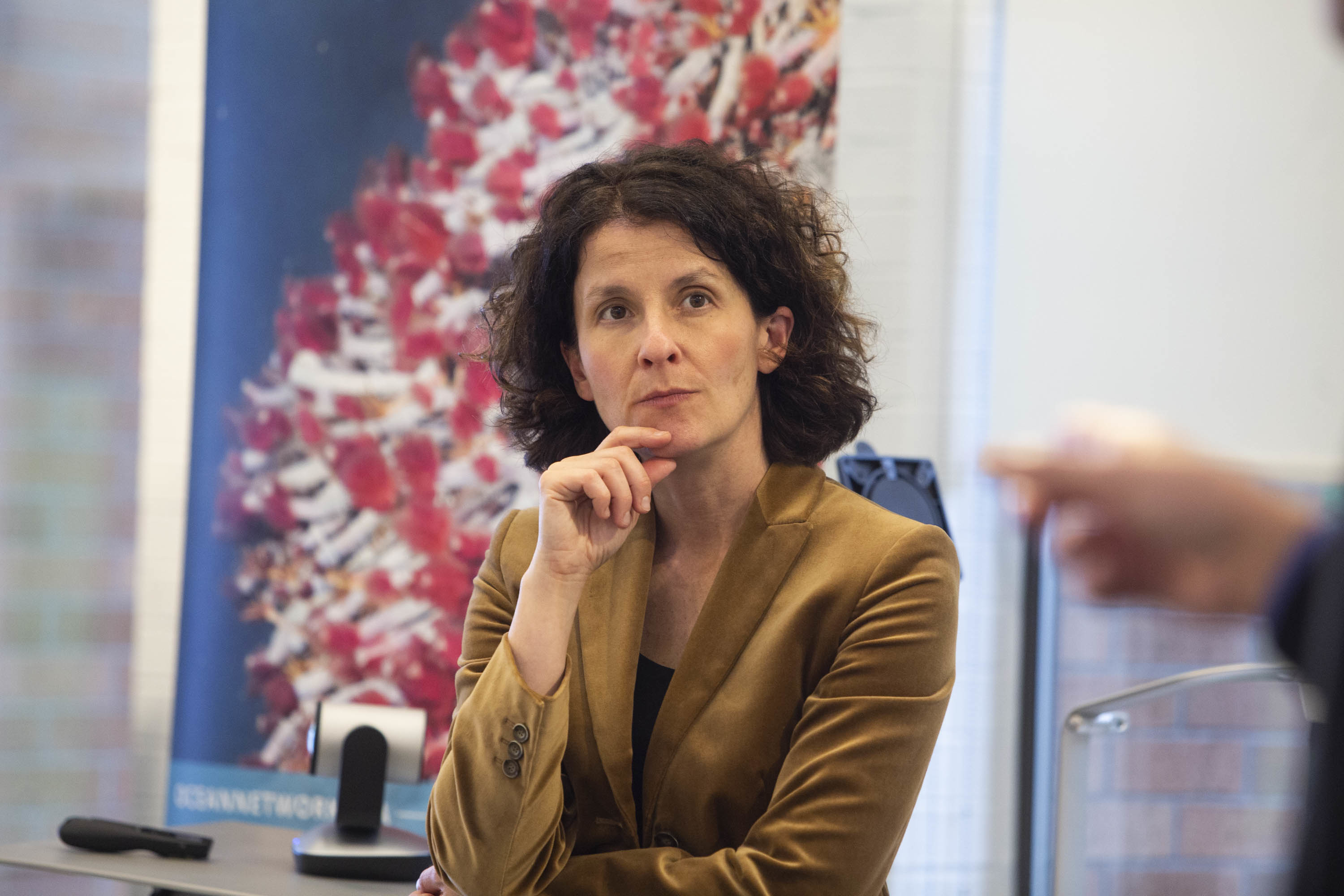 Figure 1. Dr. Elisa Resconi—an astrophysicist at the Technical University of Munich whose research lies at the intersection of particle physics and astrophysics—attends a 2019 neutrino workshop at the University of Victoria’s Queenswood campus.

“It’s like discovering a laboratory that’s already been set up for us,” says Dr. Elisa Resconi (Figure 1). An astrophysicist at the Technical University of Munich (TUM) in Germany, Resconi is building an international team of scientists to develop the Pacific Ocean Neutrino Experiment (P-ONE)—the world’s newest and largest neutrino telescope—at Cascadia Basin, ONC’s deepest site in the northeast Pacific (Figure 2). 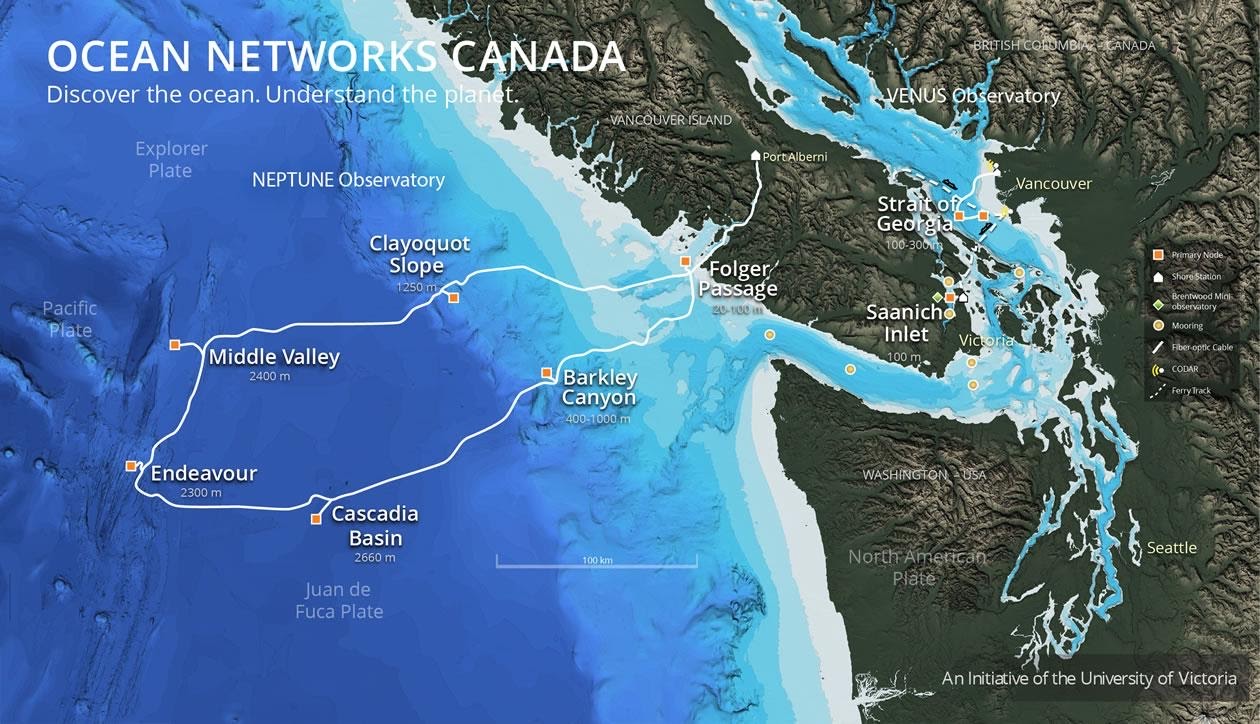 Detecting these elusive, high-energy particles is no easy feat. Produced by nuclear reactions in the sun, radioactive decay, and exploding stars, 60 billion neutrinos may pass through your body every second, but they rarely interact with anything. Detection involves placing sophisticated light sensors into enormous volumes of dark water or ice, and waiting for tell-tale flashes of Cherenkov radiation—caused by a neutrino interacting with a water molecule. Since neutrinos move in a straight line, that flash can accurately trace the neutrino’s path to understand where it came from and, perhaps, how it was formed.

In 2011, Resconi was part of the team that deployed a neutrino observatory at the south pole. “IceCube is a very successful mission that allowed us to discover the first astrophysical neutrinos at high energy,” she says. “But it’s only one cubic kilometre in size and we would like to have more. So, we are looking back to the original dream to use the ocean as a gigantic neutrino telescope to fully open neutrino astronomy and understand just a little bit more of our universe.” Increasing our understanding of these elusive particles could answer fundamental questions about the Big Bang, supernovae, and provide insight into the origin, evolution, and fate of the universe.

Since 2018, ONC has been working with Resconi and the P-ONE team to assess the suitability of the northeast Pacific Ocean as the site for its next neutrino observatory. The results of this P-ONE pathfinder mission have been promising. In 2018, ONC deployed a pair of 120-metre long strings equipped with light emitters and sensors at Cascadia Basin. These continuous data—available in real-time to the P-ONE team worldwide through ONC’s sophisticated data management portal Oceans 3.0—confirmed that the optical transparency and the ambient background light of this deep-sea site is suitable for a large new global neutrino observatory. In September 2020, an additional 600-metre steel cable was deployed with additional detectors, including spectrometers, lidars (light detection and ranging), and a muon detector (Figure 3). The team are currently testing hardware and strategies to begin the deployment of a multi-string array in 2024, with a planned 70-sting array by 2035 (Figure 4). 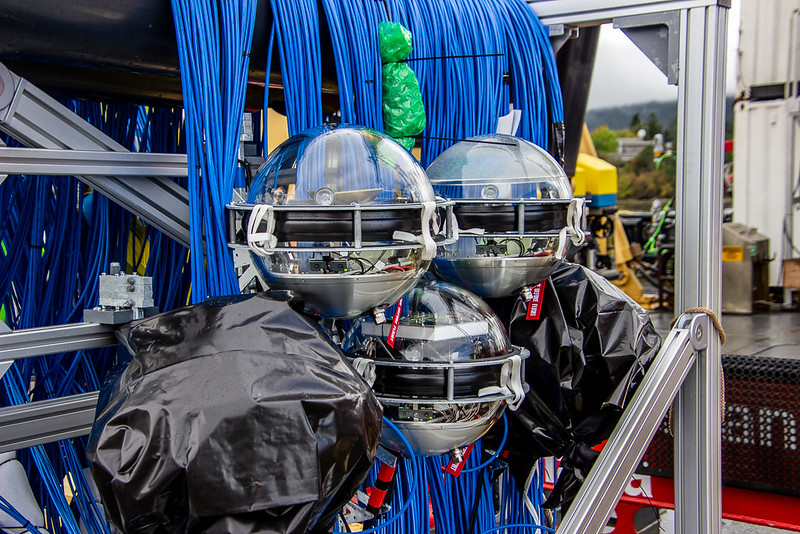 Figure 3: As part of the P-ONE pathfinder mission, this 600-metre vertical electrical-optical cable was deployed at Cascadia in 2020. It includes two spectrophotometers to study the emission spectrum of the ambient light, a lidar to investigate the scattering effect in water, a muon chamber and a set of cameras.

“I believe we have identified new ideal conditions for a neutrino telescope,” says Resconi. “No other attempts to build neutrino telescopes in water have existing infrastructure, resulting in much larger overheads to get started,” comments Resconi, who was recently featured in COSMOS Magazine.

“There’s a long history of attempting to do neutrino physics in the ocean,” says Dr. Carsten B. Krauss, the Director of the Centre for Particle Physics at the University of Alberta, one of the P-ONE project’s Canadian partners, along with ONC, Queen’s University, Simon Fraser University and Michigan State University. “Other deep-sea neutrino telescope projects—such as the Baikal Deep Underwater Neutrino Telescope in Siberia and the Cubic Kilometre Neutrino Telescope in the Mediterranean—have been hampered by the challenge involved in instrumenting the ocean.”

“ONC’s expertise has worked out all the kinks of constantly collecting data from underwater,” says Krauss. “We have a history in big science and neutrino physics in Canada. And now with ONC, we have a unique opportunity in using their existing infrastructure, along with the existing expertise in neutrino physics, to harness that toward something much bigger and better.” 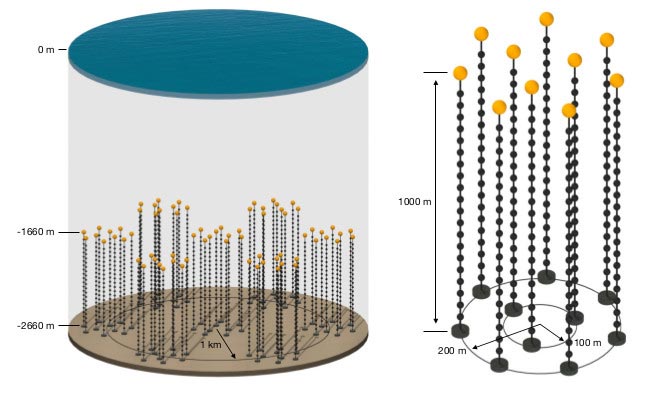 Figure 4. Design for both the final stage of instrumentation of the P-ONE neutrino telescope consisting of seven segments optimized for energies above 50 TeV spanning cubic kilometres (left), and the design of an individual segment or bundle that will begin installation in 2024. Credit: TUM.

“P-ONE showcases the versatility of the research that can be supported by ONC’s infrastructure,” says Benoit Pirenne, ONC’s Director of User Engagement. “We are delighted to support this ambitious project, which represents a 20+ year commitment to scientific discovery.”

“It sometimes surprises people that ONC operates infrastructure for every type of science in the ocean,” says Kate Moran, ONC’s President and CEO. “From the studies of whales, water quality, earthquakes and tsunamis, we now look forward to supporting high energy particle physics to better understand our universe.”

The P-ONE and ONC teams are now focussed on designing the first set of strings for the 2024 array while building momentum for the project in Canada and internationally.