The storm caused Tofino’s Emergency Program Coordinator Keith Orchiston to close beaches in the famous surfing location. “It is always a hard decision to close beaches, but that day we decided to play it safe. Real-time data from an instrument like the WERA radar (Figure 1) would support critical and lifesaving decision making for coastal communities.”

The system is capable of detecting large events, storm surges and tsunamis up to 80 kilometres from shore, which could provide up to 20 minutes of advanced warning of an incoming tsunami.

Bringing together participants from across the globe, the workshop focused on the capabilities of this technology and the different data that can be analyzed for public and marine safety. Participating institutions included the University of Hamburg in Germany, NOAA’s National Weather Service, Memorial University, Maine Sciences Institute of Rimouski, Department of Fisheries and Oceans, Institute of Ocean Sciences, University of British Columbia and the University of Victoria. Presentations of the data and algorithms, on the system capabilities and potential uses, and ONC’s growing infrastructure and facilities resulted informative and productive discussions.

A new real-time tsunami detection algorithm was also evaluated by tsunamis experts at the University of Rhode Island, USA and University of Toulouse, France. Combining tsunami physics with radar measurements this algorithm provides a solution adapted for this critical west coast site. The use of two algorithms simultaneously provide redundancy and improves the robustness of the detection.

As a result of this workshop, a working group was formed to study WERA high frequency data from these types of events. The working group will meet at the International Summer School on Radio-oceanography in France, August 2017 and again at the International Radiowave Oceanography Workshop in Germany, September 2017. Additional planned collaboration will also take place with researchers from Japan, Philippines, Chile, and the Netherlands, who have previously detected tsunami signals using WERA radar.

“Real-time detection of hazards with instruments such as the WERA can provide alerts to coastal community when minutes count. Alerts based on these systems can provide valuable advice for safe navigation in the area and save lives in event such as Meteotsunamis”, says Tania Insua, ONC’s ocean analytics program manager. 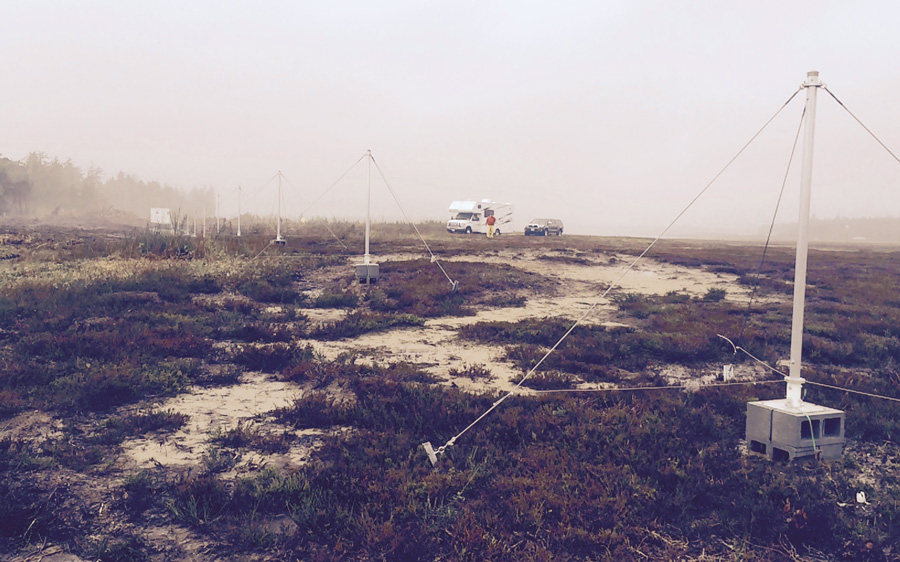 ONC’s Tofino WERA array (Figure 4) is just one of several other kinds of oceanographic radars⎯such as coastal oceanic dynamics applications radar (CODAR) and WaMoS (Wave Monitoring System)⎯installed in the Strait of Georgia and along the British Columbia coast (Figure 5). These land–based detection systems form part of ONC’s Smart Ocean™ Systems, a program that provides technology solutions for marine and public safety as well as environmental monitoring in real-time. The program is designed to provide alerts and preparedness tools to government agencies and municipalities for public and marine safety. 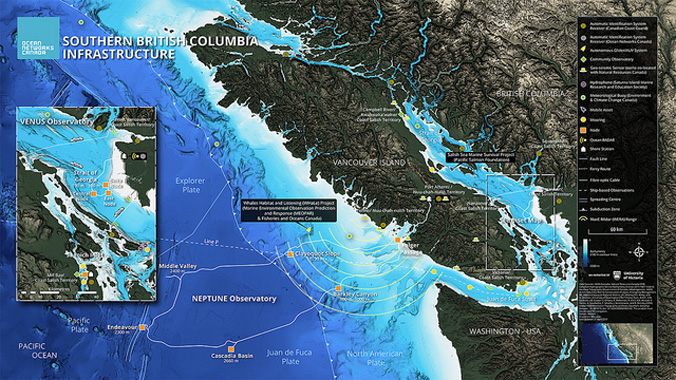 Presentations from the June workshop are listed below.

Introduction of the Ocean Radar, by Thomas Helzel & Anna Dzvonkovskaya

Sea level oscillations on the coast of British Columbia during typhoon Songda, by A. Rabinovich, R. E. Thomson, I. V. Fine

Tsunami detection with the Time-Correlation Algorithm and application to the Tofino HF radar, Part II, by Charles-Antoine Guerin

Tsunami detection with the Time-Correlation Algorithm and application to the Tofino HF radar, Part I, by Stephan Grilli

HF radars WERA and CODAR in the St. Lawrence estuary, by Cedric Chavanne

Waves in the Salish Sea, by Richard Dewey