Meet the Ocean Networks Canada science theme leaders. Their role is to be the community leader in their respective science themes, to increase the scientific output and impact of the ONC infrastructure. They will be providing strategic advice on the development of new research initiatives using ONC infrastructure, and will be working with ONC leadership and the research community to implement these initiatives. 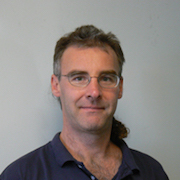 Jim is an oceanographer and climate model developer. He is a Research Scientist with Fisheries and Oceans Canada and the Canadian Centre for Climate Modelling and Analysis, and an adjunct faculty member at the University of Victoria. His main research focus is numerical modelling of ocean biogeochemical cycles, in particular the ocean biogeochemistry component of the Canadian Earth System Model. Jim's areas of responsibility as a theme leader include climate change, climate variability, and ocean acidification.
This theme leader appointment is effective as of: January 2016

Jacopo Aguzzi, Institute of Marine Sciences (CSIC)
Theme leader for: Life in the Environments of the Northeast Pacific Ocean and Salish Sea. 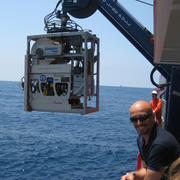 Jacopo is a benthic ecologist who also works with fisheries. He is an expert in chronobiology, and studies of day-night and tidal rhythms in continental margin animals that can affect biodiversity and fisheries stock assessments. For example, he has shown that the rhythmic behaviour and underlying physiology of the Norway lobster and other commercial key species can influence their trawl availability ('catchability'), and thereby affect estimates of stock size. He brought this expertise to the analysis of behaviour of deep-sea organisms seen in cameras on the VENUS and NEPTUNE arrays, using time-lapse imagery and multivariate statistic tools. His interest in collaborating with ONC are presently centred in assessing how the behaviour of deep-sea species and its environmental control contribute to the benthic communities' functionings and turnovers.
This theme leader appointment is effective as of: January 2016

Laurence Coogan, University of Victoria
Theme leader for: Interconnections Among the Seafloor, Ocean, and Atmosphere. 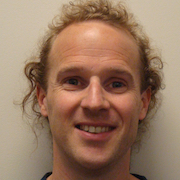 Laurence is a marine geologist and geochemist working mainly at mid-ocean ridges. Since 2012, he has been involved in a funding applications to put more instrumentation at the Endeavour mid-ocean ridge site, including Main Endeavour Field, Mothra and High Rise Field. New instruments are scheduled to be deployed in the summer of 2016, with the bulk to be deployed in 2017. The aim of this research is to understand the linkages between magmatic and tectonic processes within the crust and how they affect the biogeochemistry. His particular interest is chemical fluxes into the ocean, the importance of hydro-geothermal systems for ocean chemistry and the broader behaviour of the planet.
This theme leader appointment is effective as of: January 2016. 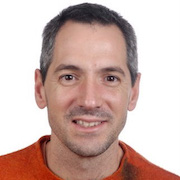 Pere is an oceanographic geologist and head of the Marine Geosciences Department at the Institute of Marine Sciences in Barcelona. His research interests centre on marine sediment dynamics with a special interest in off-shelf and submarine canyon sediment transport processes. He did his Ph.D. in Barcelona and a 2-year postdoc at the University of Washington in Seattle. He spent a sabbatical in 2012 at the Bedford Institute, and in 2016 he will visit the University of Victoria, conducting studies of sediment transport, both in Barkley Canyon and at the Fraser River delta.
This theme leader appointment is effective as of: January 2016.