Towards a “Smarter” BC Coast

Smart Ocean™ will build upon the NEPTUNE and VENUS subsea observatories with a planned expansion of five cabled ocean observing systems along the northern coast of BC and northern Strait of Georgia.

Coupled with ONC’s unique data management system Oceans 2.0, and in partnership with IBM Canada, the Smart Ocean™ program will use marine sensors and data analysis to enhance environmental stewardship as well as public and marine safety in coastal BC waters. 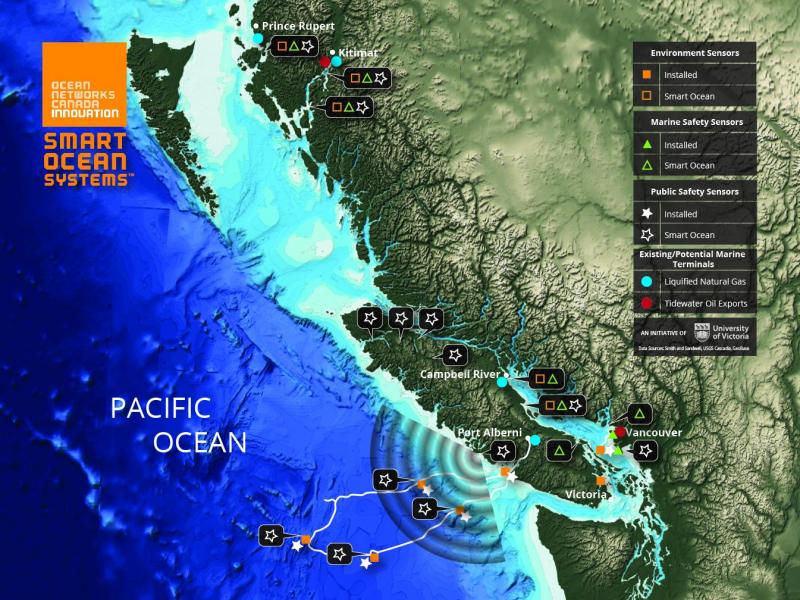 System map illustrating the components and configuration of Smart Ocean™. (Click to enlarge.)

It will monitor vessel traffic, waves, currents and water quality in major shipping arteries and will include a system to predict the impact of offshore earthquakes, tsunamis, storm surges and underwater landslides.

The information collected will also provide essential benchmark data about the marine environment to inform science-based decision-making regarding ocean management and ocean use.

During a visit to ONC headquarters at the University of Victoria, the Honourable Michelle Rempel, Minister of State for Western Economic Diversification announced a federal investment of $9,127,000 to support the installation of underwater observatories—and in some cases, high frequency radar systems—planned for Campbell River, Kitimat, the Douglas Channel waterway, Prince Rupert and Port Metro Vancouver.

IBM also announced its collaboration with Ocean Networks Canada to equip BC coastal communities with a monitoring and prediction system to respond to offshore accidents, tsunamis and other natural disasters. IBM is investing $12 million in cloud computing infrastructure, analytics software, services and skills training to support this next phase of Smart Ocean™. 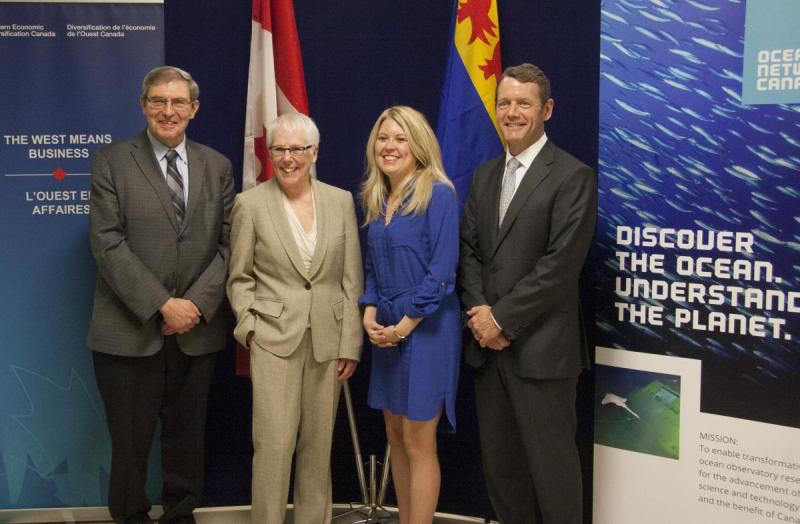